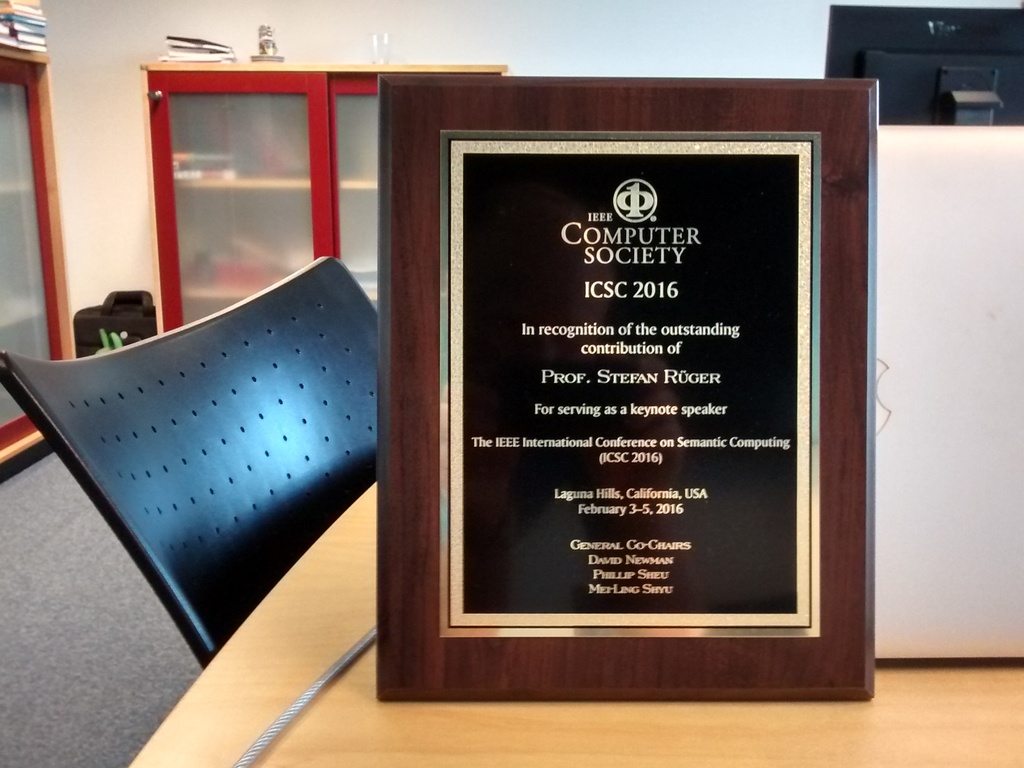 Stefan gave a keynote at the IEEE International Conference on Semantic Computing 2016 in Laguna Hills, California on Visual mining.

Like text mining, visual media mining tries to make sense of the world through algorithms - albeit by analysing pixels instead of words. This talk highlighted recent important technical advances in automated media understanding, which has applications ranging from machines emulating the human aesthetic judgment of photographs to typical visual mining tasks such as analysing food images. Highlighted techniques include near-duplicate detection, multimedia indexing and the role of machine learning. While the first two enable visual search engines so that, eg, a snapshot of a smart-phone alone links the real world to databases with information about it, machine learning ultimately is the key to endowing machines with human capabilities of recognition and interpretation. At the talk Stefan looked into the crystal ball exploring what machines might learn from automatically analysing tens of thousands of hours of TV footage.